Member of the Federation of Engine Re-Manufacturers

For advice and assistance call 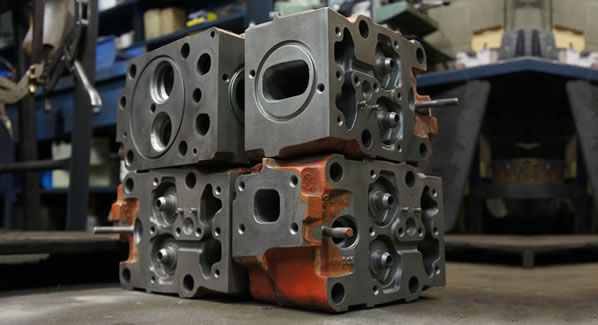 Q. How much is this going to cost me - and how soon will it be done?

A. It goes without saying that this all depends on the job. We’ve earned a good reputation for prompt response times and fast turnarounds. The really big jobs can take a week to ten days, but we pull out all the stops when we need to.

Q. What is a remanufactured engine?

A. This is an engine that has been returned to the manufacturer’s specification, providing levels of performance, reliability and life similar to that of the original engine. Remanufactured engines have their own unique serial number and documentation which details renewed components, completion date, test records and any relevant instructions. Remanufacturing begins with all components being inspected and checked against the manufacturer’s tolerances. Key components, including piston assemblies, big and small end bearings/bushes, gaskets, seals, timing chains and drive belts are renewed. Items such as tensioners and dampers are also checked and replaced where necessary. Important additional operations, such as crack testing machined components or deburring reworked oilways ensure original performance is achieved with reliability. As well as having all key clearances, tolerances and end floats checked after assembly, complete engines are also required to be checked for oil pressure and compression.

It is not a "replacement", "exchange" or "rebuilt" engine.

Q. Is a remanufactured engine different from a rebuilt one?

A. Yes. Remanufacturing puts an engine through a rigorous programme of checks, cleaning, etc. A rebuilt engine, though perhaps suitable for some applications, will not be to the same standard.

Q. Can all engines be remanufactured?

A. Generally yes, but it depends on the damage that may have been done to the engine. For example, if a conrod has gone through the side of the block than the block cannot be reused.

Q. How long does it take to remanufacture an engine?

A. This depends very much on the engine size and specification, but typically 3 to 5 days.

Q. When a engine is remanufactured, is it my own engine that I get back?

A. This depends on what you have agreed with the remanufacturer. In most situations it will be your engine. We however, will consider the work that needs to be done and work out a cost for this. In some cases it may be a less expensive option to have an exchange engine. In this case you will not get your own engine back.

Q. What is an exchange engine?

A. An exchange engine is just that. Within the industry there are companies that remanufacture engines on a production line basis. This gives them economies of scale that allow them to market engines at prices lower than taking an engine and remanufacturing it from scratch. In this instance your engine is sent to them on an exchange basis for them to remanufacture.

Q. Is that a good thing?

Q. Is it only the engine that is remanufactured?

A. No. It is possible to remanufacture a cylinder head or a short engine. Both would be remanufactured to the same standard as a complete engine. Again, exchange units are available if that is better for the situation.

If you have another question

Just email us and we'll get back to you in no time.